If you really know us, then you should know that every week we will look at some significant FIFA Ultimate Team price changes on Xbox One and PS4 consoles, and then offer you guys some tips about who needs to buy and who needs to sell.

It's not just a regular Friday, it's BLACK FRIDAY. Therefore, how very apt that our weekly market analysis falls on this day, cause we will be outlining all the best savings you can make on Ultimate Team this week.

Go on reading to figure out the significant changes from both the Xbox One and PS4 markets and tips about where to invest your own FIFA 20 coins.

Just as you know each percentage movement is as of  00:00 am UK time this morning and it was still correct at the time of writing. And all the information we listed has been sourced from FUTBIN.

Now let's cut to the chase and take a look at below:

First Of All, Let's Take A Look At Price Rises Players:

NOTE: Remember if you have any of these items, there is no better time to sell them on the transfer market.

Here Are Some Price Rise Players You Need To Know About (Players Listed In Alphabetical Order): A couple of weeks ago, we saw that Andrey Yarmolenko's price has dropped to 700 coins, and then, fortunately, that price recover to 1200 coins. And now, this Ukranian player's price has risen even further,  by over 70% on both consoles, which is really a piece of great news.

Andrey Yarmolenko had a very decent start to the season, then contributing three goals and an assist across 12 appearances for West Ham. On FIFA 20, his 83 ball control, 83 long shots, and his 86 rated dribbling means that he is a solid card to sign. If you are a fan of football, then you should know that Ante Rebic is on a two-year loan at AC Milan right now, from German club Frankfurt. This Croatian has had a pretty decent start to his Italian career, and he is contributing three goals and an assist in 13 appearances.

On FIFA 20, Ante Rebic has 84 aggression, 85 shot power, and 91 sprint speed. A quite excellent player for below 2000 coins, so it's no wonder that his price is rising.

Inaki Williams has been on the Bilbao scene since 2014. And then he graduated to the first team very soon after and has since contributed 28 assists and 52 goals across 218 appearances.

Considering he possesses many of the stats desired from a striker, his increase in FIFA 20 price is unsurprising at all. He has 95 sprint speed and 85 strength, and that means he is unlikely to encounter a defender he can’t beat and his 82 finishing means that he can find the back of the net. Mats Hummels has moved so many times between Bayern Munich and Dortmund, we are not even sure he is kept count. Nevertheless,  this center-back is still an amazing player, but it's his lack of pace that lets him down on FIFA 20 game.

Even though his 59 sprint speed, his 90 defensive awareness counters this,  whilst his amazing 89 standing tackle and 90 interceptions show him to be a top player, and a lot of FUT players have already clearly identified this as his price has already risen considerably. If you have this card, and now you want to earn FUT 20 coins desperately, now it's the time to sell.

NOTE: Remember if you do not have any of these items, it could be the perfect time to pick up these stars on the cheap.

Here Are Some Price Drop Players You Need To Know About (Players Listed In Alphabetical Order): 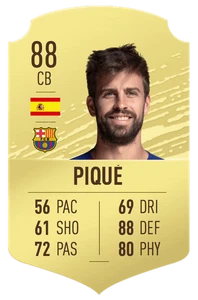 As you know this Spanish veteran might be 32 years old, but you should aware that he is still a regular in the Barcelona set-up, playing in every La Liga game so far in this season. This incredible center-back has even contributed a goal.

For his price drop might be due to his lack of speed, with just an acceleration of just 48. But, his 87 strength, 88 standing tackle, 89 defensive awareness counters, and 89 interceptions make up for any athletic weakness. Piemonte’s (Juventus’) pretty long-serving center-back is our top price dropped player in this week, which is a piece of pretty sad news to a lot of his fans, with this Italian center-back experiencing a price drop of over 25%, to some extent, For Black Friday, it is not a bad deal.

For his latest price, you will be signing a man with 91 aggression, 94 defensive awareness, and 91 standing tackle, generally, we can say that he is one of the best center-backs in this game. Get on this bargain right now. 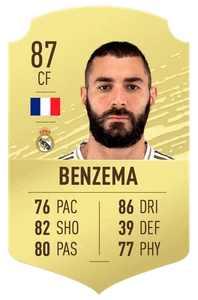 We all can see that Karim Benzema is in fine form this season, and so far, he has already contributed 10 goals and 4 assets across 12 La Liga appearances. So, his FUT price drop cannot be a reflection of his real-life performances.

Instead, his price change is probably due to his 74 rated sprint speed and 80 rated strength. Do not let these stats deter you as at his current discounted price, you can sign a striker with 90 rated ball control, 84 finishing, and 88 positioning. 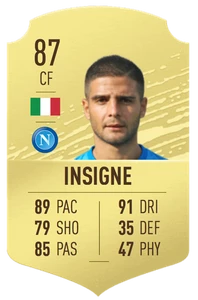 The Napoli forward is known for his pace and goal-scoring ability, and his FIFA 20 card is no different. Due to his price drop, you can now bag the Italian for under 30,000 coins on the Xbox market.

Lorenzo Insigne, this Napoli forward is known for his pace and his goal-scoring ability, and his FIFA 20 card is also no different. Due to his price drop, now you can bag this Italian for just under 30,000 FIFA 20 coins on the Xbox One market.

As you know Insigne has 94 acceleration, 93 ball control, 86 crossing and 90 dribbling, therefore, he fits perfectly in the false nice or center forward position.